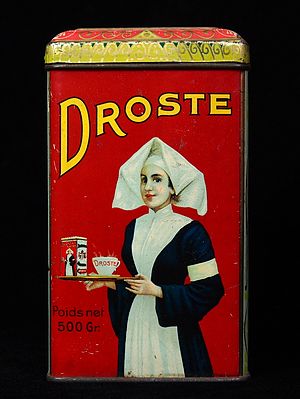 Recursion is a very common topic in computer science. It can also be one of the most difficult to understand. The basic premise of recursion is using a function that executes over and over again until some base condition is met and the problem is solvable. Many forms of sorts, traversals, and searches rely on using recursive functions, and it is a concept you should be familiar with.

The idea behind recursion is that the function breaks up a problem into several smaller problems that can be more easily solved. Therefore, a recursive function calls itself until the problem is easy enough to solve, and the multiple small solutions can be used together to solve the larger problem.

Let's look at this with a simple Recursive function. All we'll do is make a function called printReverse. This returns a string that counts down from a number, so the function call countDown(5) returns "5 4 3 2 1". Note that this function can also be implemented with iteration; although, recursion should generally not be seen as a counterpart to iteration because they function differently. For the sake of demonstration, we'll start here and later move onto more recursive-specific examples.

Notice the base case. We state that if our number is 1, we can simply return that number and essentially tell the recursive function to stop calling itself.

Let's walk through the function step by step. We've been given the integer 5. This does not equal 1, so we move to the "else" block. We make a string "5" and return this with a recursive call with the parameter 4. The same process occurs, and we return "4" as a string. Then we call the function again with the parameter 3. This keeps happening until we get 1, and we simply return 1, thus having returned 5 4 3 2 1.

If you're still confused, see the image below or try breaking the function down yourself with pen and paper. Keep in mind that with recursive functions, it is very easy to accidentally cause the function to keep calling itself infinitely. The base case must be one that is attained by whatever logic the recursive step is using. This is a great area for using preconditions.

Recursive functions are used in several ways. The ability to break down a problem into smaller steps can provide some very quick algorithms and patterns of solving a problem. Below, we'll go through two of the most famous applications of Recursion.

To begin, let's tackle the print Fibonacci. Essentially, the goal is to print the Fibonacci number at the parameter n. The Fibonacci numbers are simply 1, 1, 2, 3, 5, 8, 13, etc., where the next number is the sum of the prior two. Therefore, the call fib(5) returns 8, fib(6) returns 13, and so on. To do this, you'll need to do some more complex logic before the recursive step. Try solving this on your own first and then look at the solution.

This might have taken you a while, but it's pretty simple when you understand the Base Case. All we have to do is call the function again twice in the recursive step. This gets the two fib numbers that came before the number you are looking for. By adding these two numbers, you then have the desired number. And because the 0th number in the Fibonacci sequence is 1, we'll want to make sure our base case reflects this. For sizing purposes, the above shows the call to fib(5)

This should give you an idea of how recursion works. Simply making the problem smaller and easier to solve, and, in this case, breaking it down into simple 1 + 1.

This recursive methodology is used in several algorithms such as Tree Traversing, Merge Sorting, and Complex Computations. Often, these require less code and take much less time to perform the operations.

If you're unfamiliar, a Merge Sort operates by breaking up an array into smaller and smaller arrays and then merging them back together in the correct order. This is the exact methodology of Recursion.

A visual representation of merge sort

The Merge Sort has two functions: MergeSort() and Merge(). The MergeSort() breaks up the array into arrays of length 1 (the base case). Then the Merge Function takes the pieces made by the Merge Sort and stitches them together as sorted. This allows for significant time optimizations, which is why it is one of the quickest forms of the many sorting algorithms.

It's clear to see that Recursion's methodology of breaking up a problem into several smaller problems can be very useful in an application. Think of the areas where you can apply this methodology and how it might contrast from other algorithms.