As the name suggests, an Operating System handles all the operations of a computer system. With ever-increasing quantities of hardware in the world paired with distinct mechanisms to control each of them, it became a necessity for computer users to have a middleman that knows how to deal with the hardware, including peripherals, and present them with a simple interface to interact with the computer. Hence, our good programmers created the Operating System which acts as a universal program that takes care of all the ones and zeros of a computer and its components.

Take a look at this graphic that shows the architecture of a computer system: We can see that the Operating System sits in the middle, acting as the sole mediator between the human operator and the computer's hardware.

The following sections will examine how an Operating System performs these tasks for us.

First off, let's observe a step-by-step explanation of how an Operating System helps a program execute:

An Operating System can make a process traverse through many possible states:

At any given time, a started process can be in any one of the following states:

Process scheduling can be categorized based on how the currently running process is chosen:

The OS keeps track of memory locations currently allocated to a program, and those that are free. Based on the currently running processes requesting memory, the Operating System analyzes and determines how much memory each of these processes can receive and when it can expect the memory to be allocated.

Afterward, foo was out of memory and requested more from the Operating System. But since the sequential memory addresses were already allocated by bar, the OS could only grant the next memory block of addresses 2000-2999.

As you can see, this introduced a discontinuous order for the physical addresses allocated to foo. And this was for an extremely simple scenario; imagine dozens of programs and background services running at the same time and their memory locations being scattered around leading to untraceable complexity.

Virtual Memory was introduced to overcome this issue. When an Operating System is using virtual memory, the programs can think they're being allocated consistent memory addresses starting from 0 and going forth. But behind the scenes, the OS might be allocating physical addresses from all over the place. This is achieved through a mapping between physical and virtual memory maintained by the Operating System.

Take a look at our example that uses virtual memory this time around:

As you can see, foo has been allocated a memory block containing addresses 0 through 1999, although it is virtual memory. Yes, the physical addresses might be scattered but as far as foo sees, it's been allocated a sequential block of memory to operate on.

These days, computers stores hundreds if not thousands of files in their secondary memory. Hence, a few file access mechanisms were introduced for Operating Systems to adapt and swiftly handle I/O operations on their disk storage. Currently used File Access methods are as follows:

Think of this method simply as a Sequential Access method performed on indexed files. When using this method, the Operating System pre-indexes the file with unique keys given to each record. Whenever the Indexed Sequential Access Method wants to perform I/O operations on a record, it locates the required record with help of indexes.

Programs and libraries must be loaded to the Operating System before they can be executed. This is performed by a component in the OS called a loader. The usual flow of a loader is like this:

When a hardware device or a software program needs urgent attention from the OS, for example, if a printer has run out of paper, or a user has clicked a button inside a program, it invokes an interrupt. If a single interrupt occurred, the Operating System will give it the highest priority and allocate it with CPU time to be executed straight away.

But what if multiple interrupts occurred?

In that case, the interrupts will be placed on a queue and executed in sequential order.

This is achieved with the help of multitasking. Multitasking enables an Operating System to switch its CPU allocation between multiple tasks. This CPU allocation switching happens so rapidly that the user is led to believe all the tasks are running simultaneously. This is in contrast to the single-tasking systems from a previous era when a computer could only run a single task at a time.

This act or concept of running multiple programs at once is called multiprogramming.

Think of time sharing as the same principle of multitasking placed on multiple real-world users instead of tasks. In other words, when an OS shares the CPU and resource time of a computer between multiple users, effectively allowing several users to concurrently use the computer at the same time, it is called time sharing.

As we learned from our elementary school days, the three basic operations of a computer can be defined as:

A device driver is simply a program provided by the device manufacturer to help an Operating System talk to it. It holds specific commands and instructions required to communicate with the device.

In contrast to a device driver, a device controller acts as a common interface for handling a specific type of device. These are hardware components either built-in to the motherboard or separately plugged-in to it. For instance, a USB controller reads signals coming in and out of a USB device and communicates them to the appropriate USB driver in the OS. In other words, they act as an intermediary between a physical hardware device and its device driver.

Spooling is used to avoid slow I/O operations from bottlenecking the Operating System. For instance, assume you need to print a document using a printer. When you give the print command to the Operating System using a text editor, it will send all print instructions to the printer. But as you know, a printer usually takes its time to print it out. Do you want the whole Operating System to freeze and wait for the printing to finish before returning command to you? Probably not. With spooling, the OS runs a spooler background process that queues up each print request as they come. The spooler waits till each printing is executed by the printer, retrieves the next document from the spool, and provides it to the printer. This helps the Operating System continue with other functions while the spooler takes care of executing the I/O operations.

Operating Systems do not provide direct access to these for applications. Instead, the application must send a System Call over to the OS kernel, while the kernel analyzes and decides whether to grant the request or not.

In terms of User Interaction, Operating Systems have come a long way from the non-interactive batch processing systems used in the early days. Nowadays users interact with Operating Systems using a couple of methods: 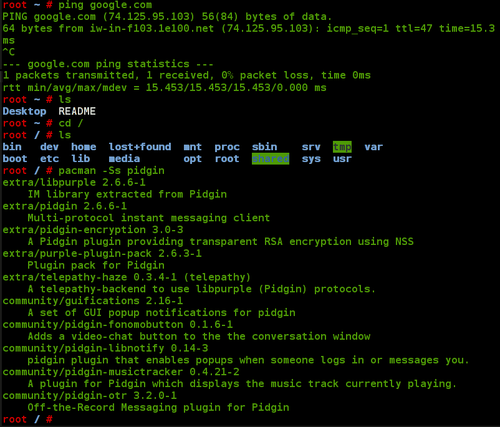 This is a text-based interface where the user can give commands using an input method, such as a keyboard, to command the OS to run processes and scripts. These commands can involve anything from traversing through the file hierarchy, performing read and write operations, executing I/O operations, etc. 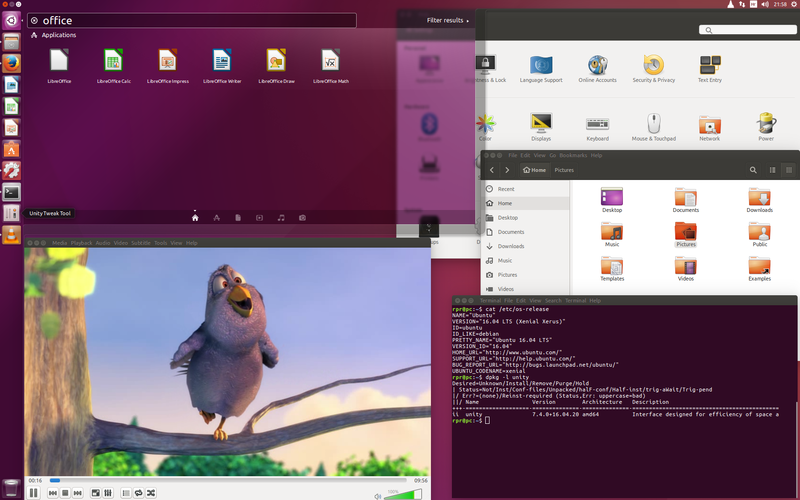 This is a graphical interface created to overcome the restrictions of a CLI. The user is presented with an interface containing windows, icons, menus, etc. Users can interact with the GUI using a plethora of input devices like a mouse, keyboard, joystick, microphone, or camera just to name a few. A GUI provides a more user-friendly interaction with the OS.

While the innovation of the GUI provides a friendlier interface than the CLI, the CLI still holds ground as a useful interface thanks to some benefits such as:

Let's go through a comparison between the main Operating Systems: