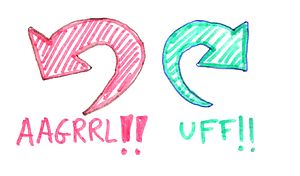 Source control enables us to track and manage changes to our code. This functionality becomes increasingly critical as the size of our projects grow both in terms of the lines of code and the number of coders. Source control shows us who changed the code and when. We're able to compare one revision of code to another. And, when necessary, we can roll back changes to a previous revision. Source control can be a tremendous help to you (and your team) when you want to easily recover from accidentally damaging a project and, as such, provides you with the freedom to experiment without fear. However, you must use the source control system regularly and often or it won't be helpful to you. In this experience, we'll configure our source control system, learn (a bit) about how to use it, and then place our journals under source control.

Many options are available to choose from when selecting a source control system. We'll be using one called Git, created by Linus Torvalds in 2005. It's a distributed version-control system, meaning that every Git directory on every computer is a repository with a complete history and full version-tracking abilities.

Let's say you're a graphic artist specializing in photo restoration and working for the director of a museum. You've received an old photo that you're responsible to restore. Every step requires a lot of work and, being human, sometimes you make a mistake. Even if you didn't make a mistake, your director might not agree with the choices that you've made. You (smartly) decide that just like every other project you've done, you'll track every version of your file in Git.

Let's consider your progress through this process:

You commit each version of your project into Git. Git considers each commit to be a snapshot of the current project. Each snapshot includes every current version of every file in your project that you've added to Git, so it becomes a simple matter to move back in time to any version. While you're able to attach comments to each commit, internally, Git uses a something called an SHA-1 hash to uniquely identify each commit. The hash is a 40-character string generated from the content of the files and directory structure. The hash looks something like this: 24b9da6552252987aa493b52f8696cd6d3b00373. You'll see this type of string in the Git log.

Helpful Hint
The SHA-1 hash is a bit long and unwieldy to type. In most cases, Git accepts the first few characters of a hash, so you don't need to type the whole thing.

Git enables you to experiment fearlessly because (as long as you've been diligent with your commits) you can also go back to a previous (working) version.

Note: These commands, if successful, will complete silently.

One can consider the structure of a project, consisting of directories, files, and the associated content, as two dimensional. The repository can then be considered a three-dimensional structure formed by storing every committed version of the project structure across time. To initialize the repository, we issue the init command in the root of our project:

Note that this repository exists locally, alongside your other files for the project. There is no central server repository.

Helpful Hint
Even though we're using git init on an empty directory, there's no requirement that we do so. It's perfectly fine to initialize Git in a directory in which we've already begun work.

Add a File and Check Status[edit]

Let's create a small file that we can add to our project:

Let's find out what Git knows about this file:

Note that "file1.txt" is displayed in red under the title "Untracked files." Git is telling us that this file isn't being tracked. If we want to track it, we'll need to tell Git to do so:

Changes to be committed:

Note that "file1.txt" is displayed in green under the title "Changes to be committed." Git is telling us that this file will be included in the next commit.

The very first commit won't have any parents.

Each Git repository is essentially a directed graph of commit objects.

The previous status output mentioned a command to be used to unstage. What's a stage?

A file in your project could be in one of three states:

To create a new snapshot of all staged objects, we use the commit command. As part of the commit, it's helpful to explain (both to our fellow programmers and to our future selves) what it is that we changed and why. To facilitate this, Git opens emacs so that we can edit our commit comments.

2 | # Please enter the commit message for your changes. Lines starting

1 |Adding our first file in this tutorial

2 | # Please enter the commit message for your changes. Lines starting

Meaningful commit comments are very important and likely required by your guide. Some excellent descriptions of such messages are below:

Git then lets us know that the commit was successful with a message similar to the following:

[master (root-commit) 3fe8239] Adding our first file in this tutorial

Let's add some additional text to file1.txt and also create a new file, file2.txt. Use emacs to:

Then, exit emacs and take a look at the status provided by Git.

Let's stage the new versions of both of these files:

Then, have a look at the status again:

Before we commit our changes, let's remind ourselves of what's changed. We can compare our working directory to the repository with git diff. To compare the staged area to the repository, we add the --cached flag:

To conclude this section, let's commit our changes.

What does Git tell you has changed? Why?

We'll create a repository for all of our journals. First, we'll temporarily move to our journal directory:

As such, the general workflow is as follows:

Now, return from the Journals directory:

Helpful Hint
Rather than add files to the staging individually, it's possible to add them all on the same command line. Note that this is an example for future use, don't execute it now.

Emacs produces some files that are temporary in nature and should be excluded from Git. However, unless we specify which files to ignore, git status will show these temporary files in addition to the files which are important to us. At best, this can be annoying. To instruct Git to ignore these temporary files, create a special file in your git directory named .gitignore (the leading period is significant). For example:

To this file, add the following three lines:

The * character is known as a wildcard character and it will match any standard character, instructing Git to ignore files such as story.txt~ and #story.txt#. The .merlin/ line will ignore directories special to the  Coder Merlin™  platform.

Save the file and exit emacs. Repeat this process for any new Git repository that you create. Or, better yet, because these files are particular to the editor and platform you are using, move this file to your configuration directory using the following command:

After executing this command, it will no longer be necessary to create a new .gitignore file to exclude the files and directories listed.

Oopsies... or How to Revert Changes[edit]