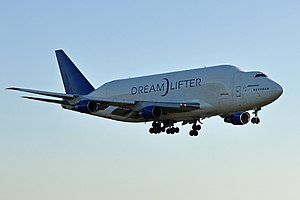 When type casting, we consider an existing bit pattern as other than that originally declared. For example, consider the following C program:

On line 3, we declare an integer variable, "c" and assign the initial value, 65. On line 4, we print the integer value. On line 5, we use the printf command to indicate that we actually have a character, rather than an integer. The existing bit pattern is then re-interpreted and the character "A" is printed. (If you don't remember why it's "A", review W1033 Character Encoding.

Type conversion is a more extensive process than type casting because it involves the creation of a new value based on an existing value of a different type. As we learned previously, Doubles and Integers are stored using very different bit patterns, i.e. 1.0 (a Double) is very different from 1 (an Int). But we'll encounter many situations where we'll want to perform an operation on values of more than one type, for example, and an Int to a Double. In these cases, we'll need to form a new value of the appropriate type using an existing value. Let's look at an example in Swift:

Run the above. What happens on line 3? Swift is protecting us from accidentally adding operands of different types. If we choose to do so, we'll need to do so explicitly. We can accomplish this by creating a new, unnamed, temporary constant of the desired type as follows:

Pay close attention to line 3, where we create a Double from n, and then add the result to the Double d.

We use the same methodology, i.e. creating new, temporary constants for other types of conversions, such as from Int to String:

It's important to note that the operators will be interpreted in accordance with the operands after any conversions have taken place. As such, the operator on line 3 above specifies concatenation rather than addition.

After completing Printing and String Interpolation: